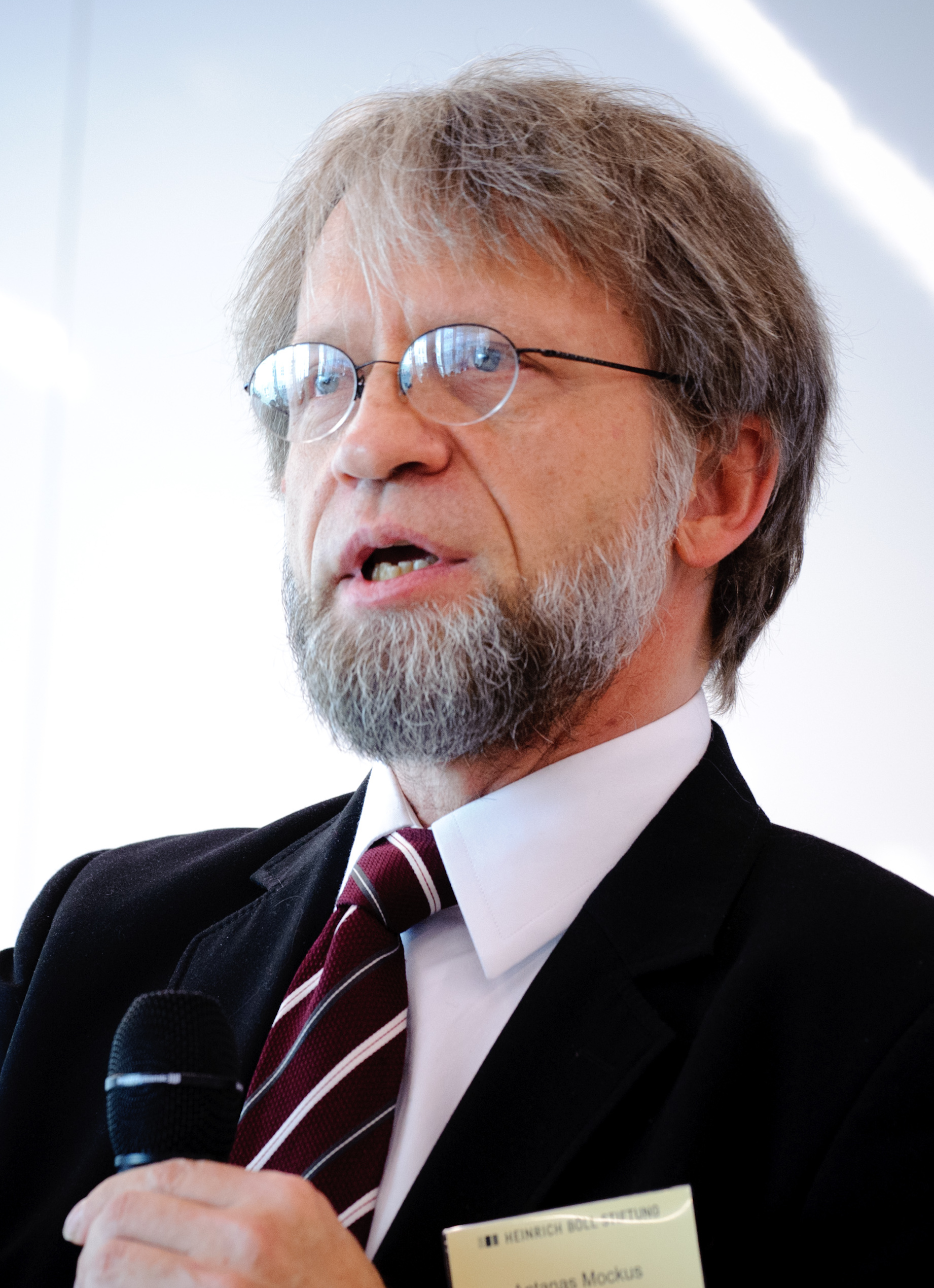 Aurelijus Rūtenis Antanas Mockus Šivickas (; born 25 March 1952) is a Colombian mathematician, philosopher, and politician. He has a master's degree in philosophy from the National University of Colombia, and a Honoris Causa PhD from the University of Paris.

He is the son of Lithuanian immigrants. He left office as the president of the National University of Colombia in Bogotá in 1993, and later that year ran a successful campaign for mayor. He proceeded to preside over Bogotá as mayor for two (non-consecutive) terms, during which he became known for springing surprising and humorous initiatives upon the city's inhabitants. These tended to involve grand gestures, including local artists or personal appearances by the mayor himself—taking a shower in a commercial about conserving water, or walking the streets dressed in spandex and a cape as Supercitizen. On 4 March 2010, he was elected in a public consultation as the Colombian Green Party candidate for the presidential election in 2010.

On 4 April 2010, Antanas Mockus chose Sergio Fajardo, former mayor of Medellín, as his vice-presidential running mate. On 9 April 2010 he announced that he had been diagnosed with Parkinson's disease. He told La W radio: "The prediction is that this will not affect my mental activities. I think it is absolutely fitting to tell the people about the diagnosis and about the prognosis—which is 12 years or more of normal life thanks to medication." Mockus finished second in the polling, leading to a runoff election with Juan Manuel Santos, which Santos won. Mockus resigned from the Green Party in June 2011 because he opposed its Bogotá mayoral candidate being supported by former right-wing President Álvaro Uribe.

He became Senator of the Republic of Colombia in July 2018, after being the second candidate with the most votes in the legislative elections held on March 11, 2018. He is also the president of the Corporación Visionarios por Colombia (Corpovisionarios), center of thought and non-profit action that investigates, advises, designs and implements actions to achieve voluntary changes in collective behavior. Provided by Wikipedia
Showing 1 - 1 of 1 for search: 'Mockus, Antanas', query time: 0.01s
Search Tools: Get RSS Feed —