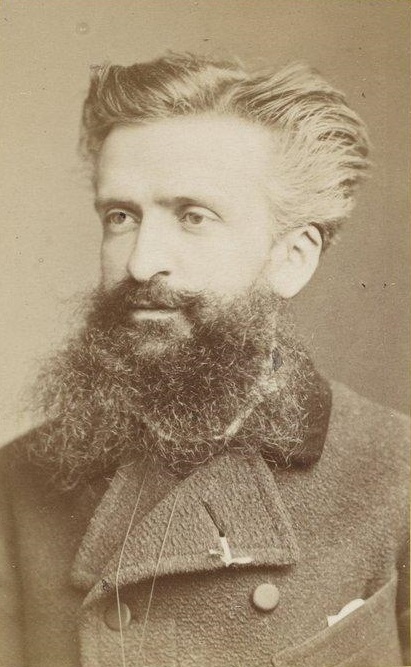 Charles-Marie Gustave Le Bon (; 7 May 1841 – 13 December 1931) was a leading French polymath whose areas of interest included anthropology, psychology, sociology, medicine, invention, and physics. He is best known for his 1895 work ''The Crowd: A Study of the Popular Mind'', which is considered one of the seminal works of crowd psychology.

A native of Nogent-le-Rotrou, Le Bon qualified as a doctor of medicine at the University of Paris in 1866. He opted against the formal practice of medicine as a physician, instead beginning his writing career the same year of his graduation. He published a number of medical articles and books before joining the French Army after the outbreak of the Franco-Prussian War. Defeat in the war coupled with being a first-hand witness to the Paris Commune of 1871 strongly shaped Le Bon's worldview. He then travelled widely, touring Europe, Asia and North Africa. He analysed the peoples and the civilisations he encountered under the umbrella of the nascent field of anthropology, developing an essentialist view of humanity, and invented a portable cephalometer during his travels.

In the 1890s, he turned to psychology and sociology, in which fields he released his most successful works. Le Bon developed the view that crowds are not the sum of their individual parts, proposing that within crowds there forms a new psychological entity, the characteristics of which are determined by the "racial unconscious" of the crowd. At the same time he created his psychological and sociological theories, he performed experiments in physics and published popular books on the subject, anticipating the mass–energy equivalence and prophesising the Atomic Age. Le Bon maintained his eclectic interests up until his death in 1931.

Ignored or maligned by sections of the French academic and scientific establishment during his life due to his politically conservative and reactionary views, Le Bon was critical of democracy and socialism. Le Bon's works were influential to such disparate figures as Theodore Roosevelt and Benito Mussolini, Sigmund Freud and José Ortega y Gasset, Adolf Hitler and Vladimir Lenin. Provided by Wikipedia
Showing 1 - 20 of 23 for search: 'Le Bon, Gustave, 1841-1931.', query time: 0.06s
Search Tools: Get RSS Feed —