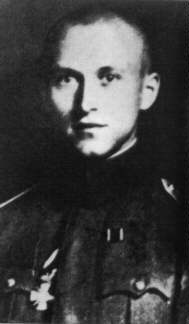 The son of a successful businessman and chemist, Jünger rebelled against an affluent upbringing and sought adventure in the ''Wandervogel'' German youth movement, before running away to briefly serve in the French Foreign Legion, an illegal act. Because he escaped prosecution in Germany due to his father's efforts, Jünger was able to enlist in the German Army on the outbreak of World War I in 1914. During an ill-fated offensive in 1918 Jünger suffered the last and most serious of his many woundings, and he was awarded the ''Pour le Mérite'', a rare decoration for one of his rank.

He wrote against liberal values, democracy, and the Weimar Republic, but rejected advances of the rising Nazis. During World War II Jünger served as an army captain in occupied Paris, but by 1943 he had turned decisively against Nazi totalitarianism and its goal of world conquest, a change manifested in his work "''Der Friede''" (''The Peace''). Jünger was dismissed from the army in 1944 after he was indirectly implicated with fellow officers who had plotted to kill Hitler. A few months later, his son died in combat in Italy after having been sentenced to a penal battalion for political reasons.

After the war, Jünger was treated with some suspicion as a possible fellow traveller of the Nazis. By the later stages of the Cold War, his unorthodox writings about the impact of materialism in modern society were widely seen as conservative rather than radical nationalist, and his philosophical works came to be highly regarded in mainstream German circles. Jünger ended life as an honoured literary figure, although critics continued to charge him with the alleged glorification of war as a transcendental experience in some of his early works. He was an ardent militarist and one of the most complex and contradictory figures in 20th-century German literature. Provided by Wikipedia