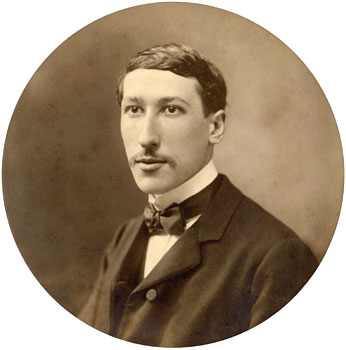 René-Jean-Marie-Joseph Guénon (15 November 1886 – 7 January 1951), also known as Abd al-Wahid Yahya, was a French author and intellectual who remains an influential figure in the domain of metaphysics having written on topics ranging from "sacred science", to symbolism and initiation.

In his writings, he proposes either "to expose directly some aspects of Eastern metaphysical doctrines", these doctrines being defined by him as of "universal character", or "to adapt these same doctrines for Western readers while keeping strictly faithful to their spirit"; he only endorsed the act of "handing down" these Eastern doctrines, while reiterating their "non-human character". He wrote and published in French and his works have been translated into more than 20 languages. Provided by Wikipedia
Showing 1 - 15 of 15 for search: 'Guénon, René, 1886-1951', query time: 0.04s
Search Tools: Get RSS Feed —