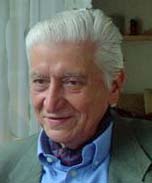 Ernesto Garzón Valdés (born February 17, 1927 in Córdoba, Argentina) is an Argentine philosopher. He has been professor of philosophy of law at the universities of Córdoba and La Plata in Argentina and, upon being exiled in Germany during the administration of Isabel Perón and the subsequent dictatorship in Argentina, at the universities of Bonn, Cologne and Mainz. He worked at the embassy of the Republic of Argentina in Bonn as a cultural attaché and as plenipotentiary minister until 1974, when he was expelled from the diplomatic service for political reasons. He then taught legal philosophy at Bonn and Cologne, until he gained a chair in political science at Johannes Gutenberg University in Mainz in 1981. He has been visiting professor at various European and Latin-American Universities. The Universities of Córdoba (Argentina), Palermo (Argentina), Valencia (Spain), Helsinki (Finland), Santa Fe (Argentina), Valparaiso (Chile), Alicante (Spain), Buenos Aires, and Pompeu Fabra (Barcelona, Spain) have awarded him with the title of Doctor honoris causa.

Broadly speaking, his work can be described as political theory with foundations in legal philosophy. He is a classic liberal, who especially cares about the universal protection of the individual against despotism of state authorities. This perspective is not only manifested in his disaffirmation of group-related rights, but also in the rejection of cultural relativism. He wants to clearly separate rights from arbitrary definitions made by state authorities. Topics like the relationship between the rule of law and paternalism and tolerance appealed to him even before they received widespread attention. His choice of topics has probably been influenced by his own experiences with Argentine politics. Provided by Wikipedia
Showing 1 - 20 of 40 for search: 'Garzón Valdés, Ernesto', query time: 0.05s
Search Tools: Get RSS Feed —