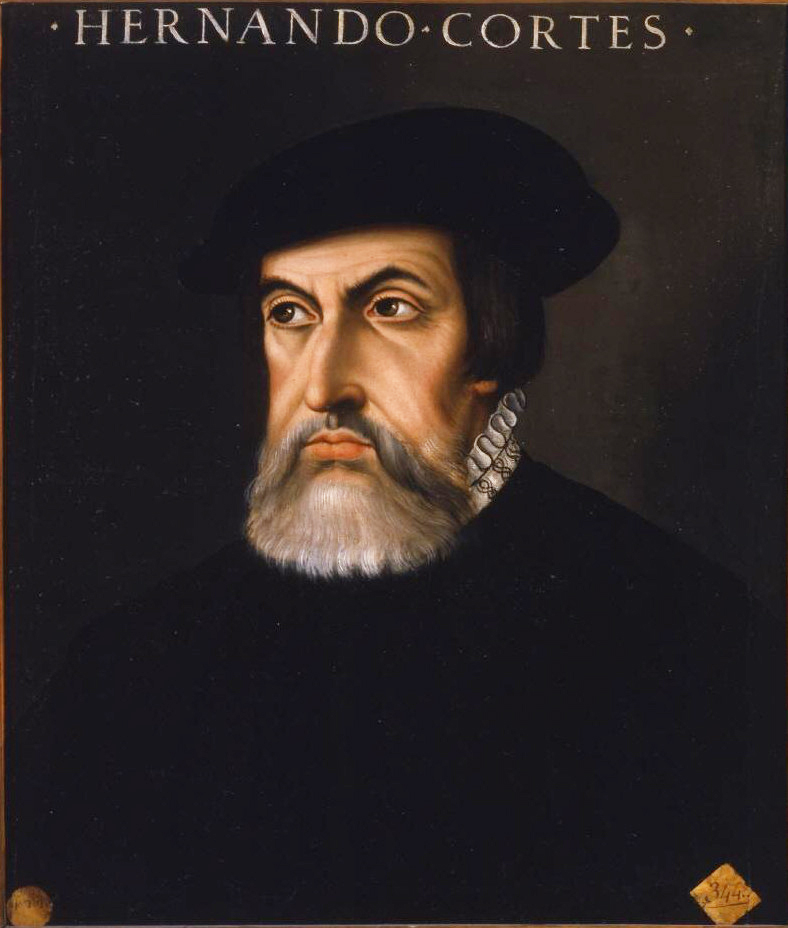 Hernán Cortés de Monroy y Pizarro Altamirano, 1st Marquess of the Valley of Oaxaca (; ; 1485 – December 2, 1547) was a Spanish ''Conquistador'' who led an expedition that caused the fall of the Aztec Empire and brought large portions of what is now mainland Mexico under the rule of the King of Castile in the early 16th century. Cortés was part of the generation of Spanish explorers and conquistadors who began the first phase of the Spanish colonization of the Americas.

Born in Medellín, Spain, to a family of lesser nobility, Cortés chose to pursue adventure and riches in the New World. He went to Hispaniola and later to Cuba, where he received an ''encomienda'' (the right to the labor of certain subjects). For a short time, he served as ''alcalde'' (magistrate) of the second Spanish town founded on the island. In 1519, he was elected captain of the third expedition to the mainland, which he partly funded. His enmity with the Governor of Cuba, Diego Velázquez de Cuéllar, resulted in the recall of the expedition at the last moment, an order which Cortés ignored.

Arriving on the continent, Cortés executed a successful strategy of allying with some indigenous people against others. He also used a native woman, Doña Marina, as an interpreter. She later bore his first son. When the Governor of Cuba sent emissaries to arrest Cortés, he fought them and won, using the extra troops as reinforcements. Cortés wrote letters directly to the king asking to be acknowledged for his successes instead of being punished for mutiny. After he overthrew the Aztec Empire, Cortés was awarded the title of ''Marqués del Valle de Oaxaca'', while the more prestigious title of Viceroy was given to a high-ranking nobleman, Antonio de Mendoza. In 1541 Cortés returned to Spain, where he died six years later of natural causes.

Because of the controversial undertakings of Cortés and the scarcity of reliable sources of information about him, it is difficult to describe his personality or motivations. Early lionizing of the conquistadores did not encourage deep examination of Cortés. Modern reconsideration has done little to enlarge understanding regarding him. As a result of these historical trends, descriptions of Cortés tend to be simplistic, and either damning or idealizing. Provided by Wikipedia
Showing 1 - 16 of 16 for search: 'Cortes, Hernan', query time: 0.06s
Search Tools: Get RSS Feed —